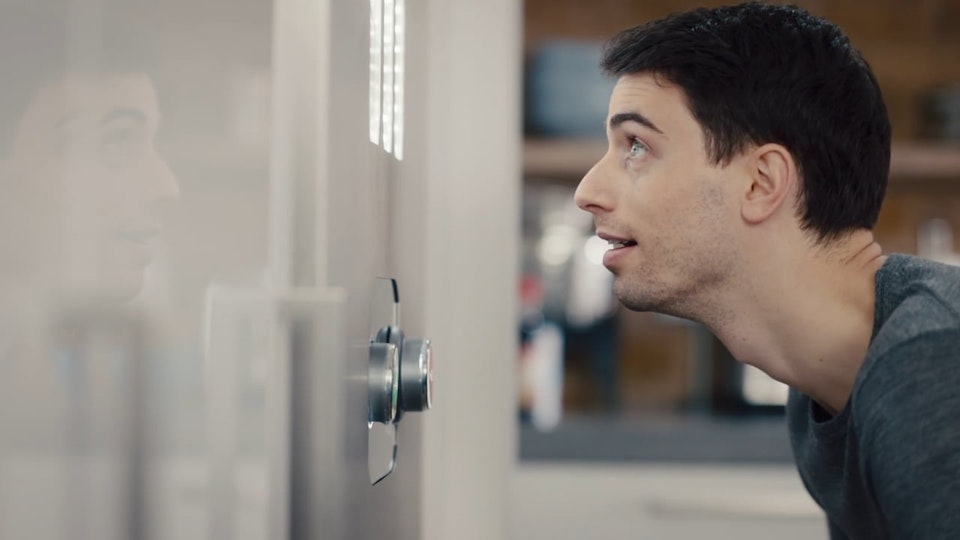 Yet another all singing, all dancing piece of food content, for when you really can't be bothered to make food yourself!

Shot over two days on location, and in Park Village studios, this fun spot for Japanese giant Kikkoman showcases interesting new ways to use their Teriyaki sauce.

Stuck for ideas, our hero hits the glowing green button on the Kikkoman patented Dinner Decider, a modern take on the classic fruit machine. As the wheels spin, he "Twists for Teriyaki", and the machine decides his ingredients, and method of cooking before starting it's magic.

A short moment later a magic hatch drops and a plate of mouth watering food is presented, which he ravenously gobbles up, his eyes lighting up at the taste sensations.